Book review: Nothing New, A history of Second-hand, by Robyn Annear* 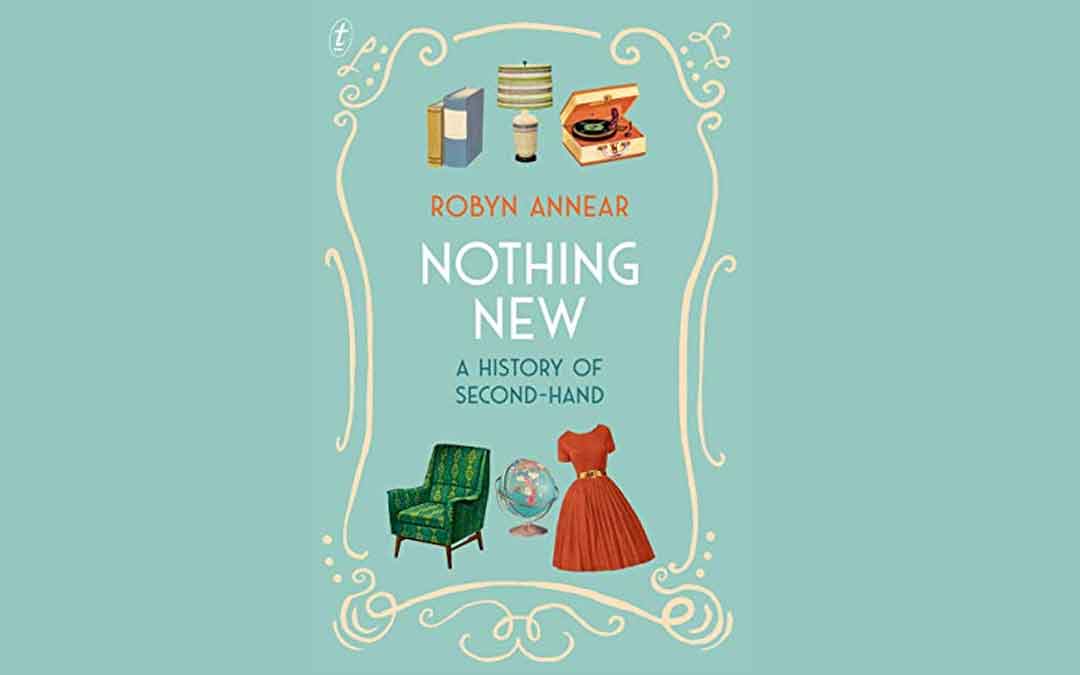 Looking for a good book to read over the summer? Or a gift for the sustainably conscious friend or family member? Don’t go past Robyn Annear’s ‘Nothing New, A History of Second-Hand’.

This fascinating book provides a history of second – hand, especially clothing, beginning in England in the 1800s right through to the establishment of op shops in Australia. Covering several centuries and continents, this is a lively and comprehensive narrative that will delight the curious reader.

Did you know for instance that in 1833 there were an estimated 10,000 second hand dealers in London up from 300 fifty years previously? Or that the well known Petticoat Lane was in fact a web of streets forming a huge second hand market? Or that the term Rag Trade for the fashion industry comes from the trade in rags in the 1800s?

For the lover of word origins this book has much to offer. The word shoddy for example originally meant ‘woven from waste wool’. Being of poor quality, the ‘shod’ gave rise to the word ‘shoddy’. Shoddy mills ground waste and rags, mixed them with small amounts of new fibre and reconstituted them into new but poor quality fabric which allowed poor people to purchase new clothing for the first time. Shoddy apparel was exported to many countries including Australia.

‘Flock’ which originally meant ‘wool’ took over from ‘shod’ being made of any fabric. Flock mills produced uncleansed stuffing and the factories themselves created a stink and dust that infected the suburbs where they operated. Melbourne was no exception. The final fluff and dust produced was turned into fertiliser and sold to farmers. Now we are most familiar with the term ‘flock’ being applied to textured patterning on paper including flocked wallpaper, cotton or metal and while it is now clean fabric, its origins are from the dirty residue produced by the shod mills.

We might pride ourselves today on recycling but the Victorians leave us for dead on that score. Nothing was ever thrown away especially in the manufacturing process. Even the tiniest piece of fluff was reused. A coat with pleating would be picked apart and the most worn parts might go to the shod mill, the larger less worn parts made into a new garment and the small pieces into gloves or hats.

Did you know that Op shops essentially grew out of the Salvation Army in England establishing salvage enterprises in the 1890s? The goal of these was to raise money to help the poor and in turn keep them on the road to salvation. By 1895 the Salvation Army was operating in Australia and other charitable ventures followed suit most notably St Vincent de Paul. In October 1921 Lady Millie Tallis, an Australian, who had seen op shops in France and the US while travelling, began to promote a scheme for Op (opportunity) shops and in 1925 the first Op shop was opened in Fitzroy by the Lady Mayoress, raising 300 pounds in its first 3 hours. The rest is history!

These are mere morsels of the fascinating history of second-hand. Robyn Annear who is a well known historian from Castlemaine is a superb researcher and animated writer. While a book of fact, at times I felt like I was reading a novel.