Can I save zucchini seed? 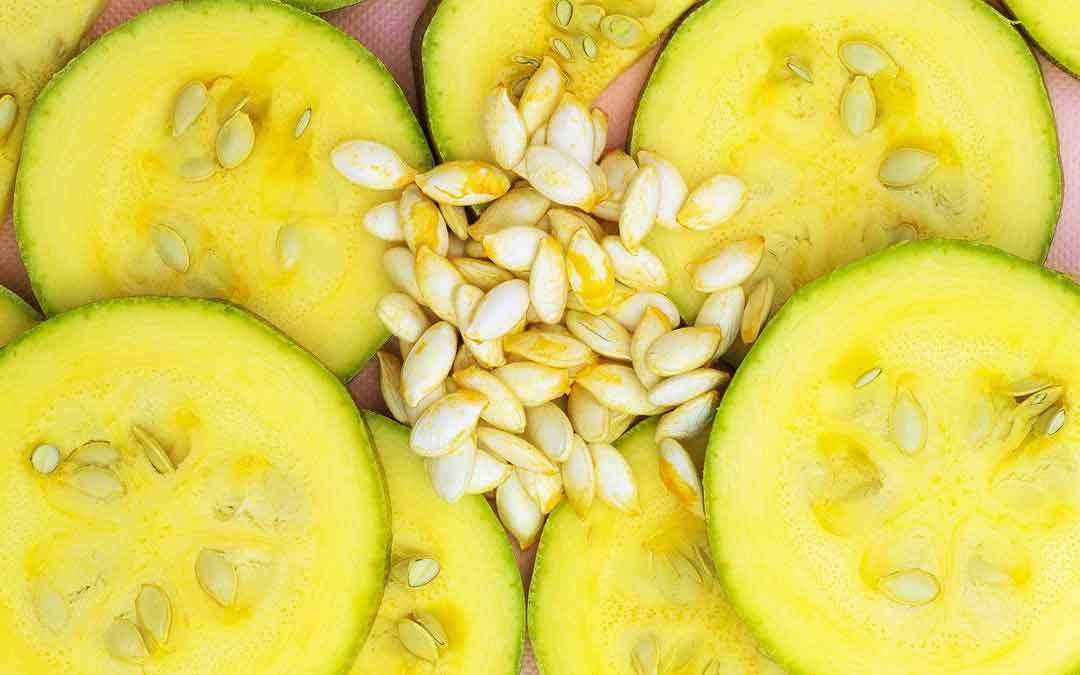 The short answer to whether you can save zucchini seed is ‘yes’ but it is a complicated process to achieve seed that is both viable and true. Not for the faint hearted!

Zucchini (Cucurbita pepo) belongs to the gourd family (Cucurbitaceae). The gourd family has several genera of which one is squash (Cucurbita) and one of its species is C.pepo or zucchini. Others include C. maxima and C.moschata (types of squash or pumpkin). Knowing this is important because cultivars in the same species can cross-pollinate meaning you will not get seed true to the original plant while cultivars that are from different species cannot cross-pollinate and you will get seed true to the original plant.

Within C. Pepo, there are a number of members including cocozelle zucchini, crookneck squash, Jack o’Lantern pumpkin, spaghetti squash, black beauty zucchini and zucchini of other colours, all of which can cross so saving seed requires isolation from other varieties. Commercially this is done with netting and exclusion of insects. In the home garden it requires covering the flowers before they open and hand pollinating them. Usually very fine mesh bags are used that exclude insects. Once the flowers have been pollinated the female flower needs to be covered again. If you plan to repeat the process, remove the male flower completely and use another bagged one next time. This process will give you true seed but there’s more to it.

Saving zucchini seed is notoriously difficult. The zucchini needs to be left on the vine until it is overgrown and yellowed – really quite large – and until the stem is woody and dried. The skin needs to be so hard that you cannot mark it with your fingernail. At this stage, it needs to be harvested and placed in a cool, airy (but not damp) place for a couple of months while the seed further ripens. Then there is the problem of getting the seed out!

The easiest way does not work for Melbourne – that would be to leave the hardened zucchini on the vine until the first frost. However, by the time the first frost arrives, the seed would be germinating inside the zucchini.

The best method is to ferment the seed (wet method):

Seeds should look plump when they are fully dried. This process can be used for cucumber seeds too.