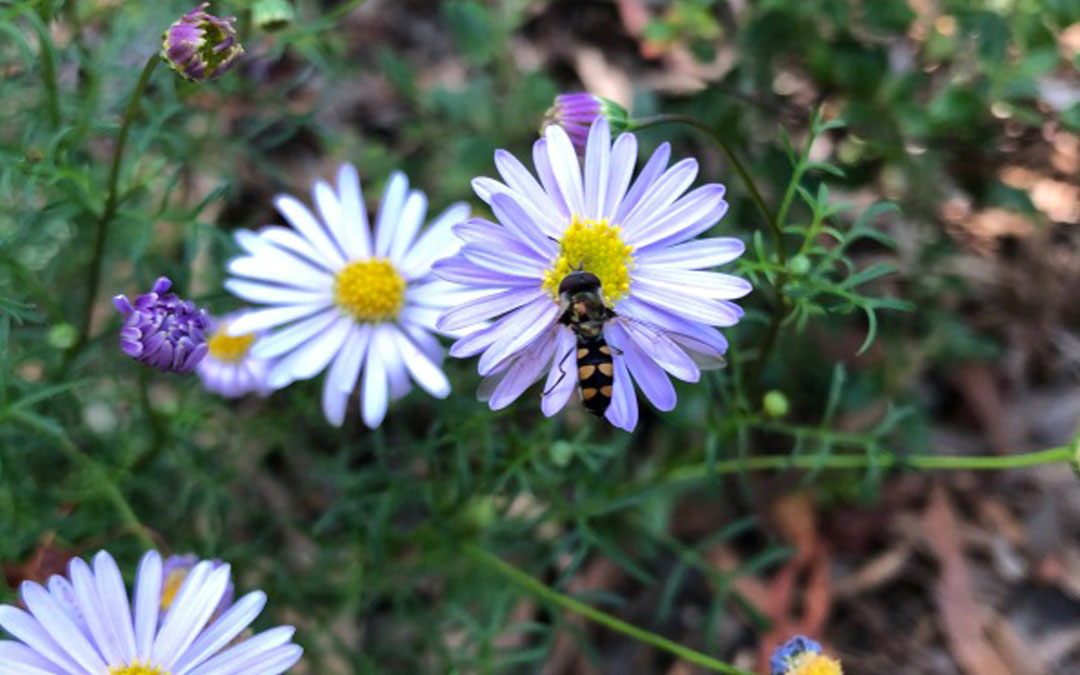 If you’re growing vegetables and fruit, you probably understand the benefits that pollinators bring to your garden. Many plants, particularly the cultivated varieties we grow for food, are self-fertile (don’t need other plants to pollinate them) but you’ll usually get a better crop if you’ve got a healthy population of pollinators visiting your garden.

European honey bees are the most commonly known pollinator species. They were introduced to Australia in the 1800s and while they are the best-known bees, we also have more than 2,000 species of native Australian species, all of which play a key role in pollination too. There are estimated to be a couple of thousand other pollinator insects (including moths, wasps, ants, flies, beetles, butterflies) that are indigenous to Australia. Other local pollinator species include microbats, flying foxes, skinks, small mammals and birds (particularly nectar-eating ones like lorikeets and honeyeaters).

Pollinators are in it for a feed. As the animal or insect feeds on the pollen (or more commonly the sweet nectar) of a plant, it brushes up against the anthers (the male pollen-producing parts of the flower). Pollen sticks to its body, feathers, thorax, head etc. It then moves to another flower or plant and brushes the pollen against the stigma (female part), creating pollination. Once pollinated the plant can produce fruit and then seed, allowing it to reproduce.

Here are some daisies that are looking great in gardens and in the bush right now and will draw in the insect pollinators into your garden: 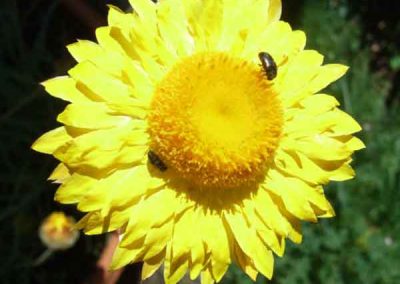 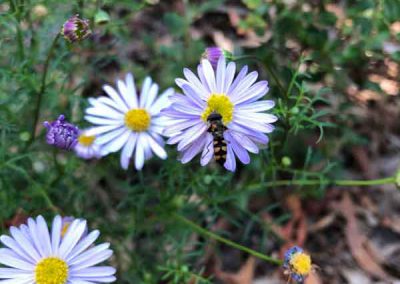 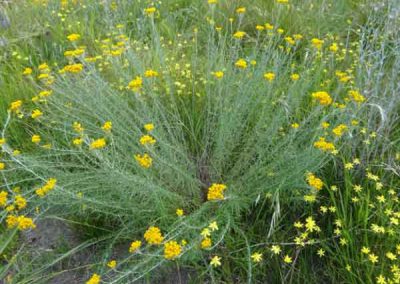 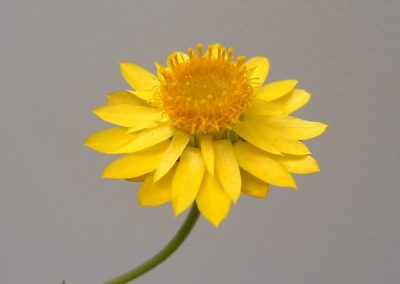 All these daisies can be grown in pots or garden beds and will create a colourful addition to your garden, as well as a welcome food source for native pollinator insects in your garden. All are already adapted to our hot, dry summer conditions, require little to no water once established and are perennial (will survive for years on end). Like all daisies, de-heading them of old flowers will encourage more blooms.

Visit La Trobe University’s Indigenous Plant Nursery in Bundoora or the non-profit VINC nursery in Fairfield to purchase great value, very affordable indigenous plants which have been sourced from our local area.