Taking stock: the wonders of lovage 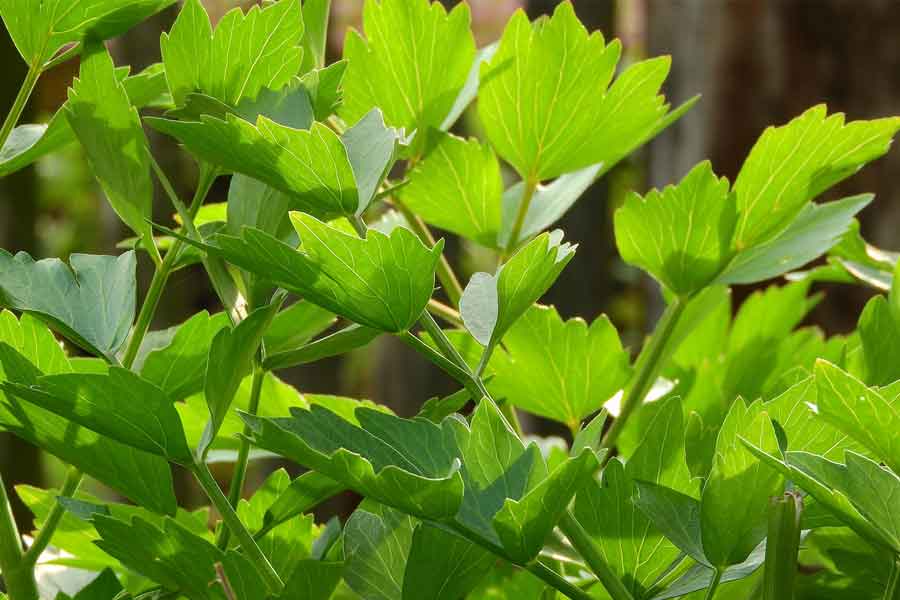 Making your own stock is a sure fire way of avoiding certain ingredients such as MSG, palm oil, wheat, emulsifiers, and flavour enhancers found in many commercial stock cubes and powders. Simply grow the culinary herb, lovage, in your kitchen garden and you will have a source of fresh herb that tastes just like stock cubes.

Lovage (Levisticum officinale) is a Southern European plant which tastes like celery. It is a tall herbaceous perennial which grows to 1 – 2 metres through spring, summer and autumn, and then dies down for several months over winter before springing up again with renewed vigour. It prefers shade and a deep, rich, moist soil and plenty of space. Lovage leaves, seeds and roots can be used though the root which was chewed as a tobacco substitute, is rarely eaten these days. The seeds can be ground into a peppery spice.

In Europe, lovage is often referred to as Maggi as it so closely resembles the taste of the original stock cubes produced by Julius Maggi who founded the Maggi Company in Germany in 1897. The broad, shiny leaves and the tall, hollow, cylindrical stems are the parts used for stock.

How to make stock with lovage

Harvest several handfuls of leaves plus stems and simmer them in 2 litres of water for 40 minutes, then boil to reduce the liquid, and when cool set in ice cube trays. Optionally add other vegetables such as onions and carrots to produce a more flavoursome stock. You can of course add in any herbs including thyme, oregano, bay leaf, savory, and marjoram to pack the flavour in. And if you want a salty stock, add salt. To store your stock, an alternative to freezing it, is to bottle it in Fowlers vacola jars.

The stems of lovage, like the stems of its cousin angelica archangelica, can be candied and the stems can also be peeled and eaten raw. The leaves too can be eaten raw but have a richer, more robust flavour than celery so need to be used sparingly.

Make stock anytime but late summer is a perfect time to harvest lovage before it dies down for the winter.