The difference between organic and inorganic fertiliser 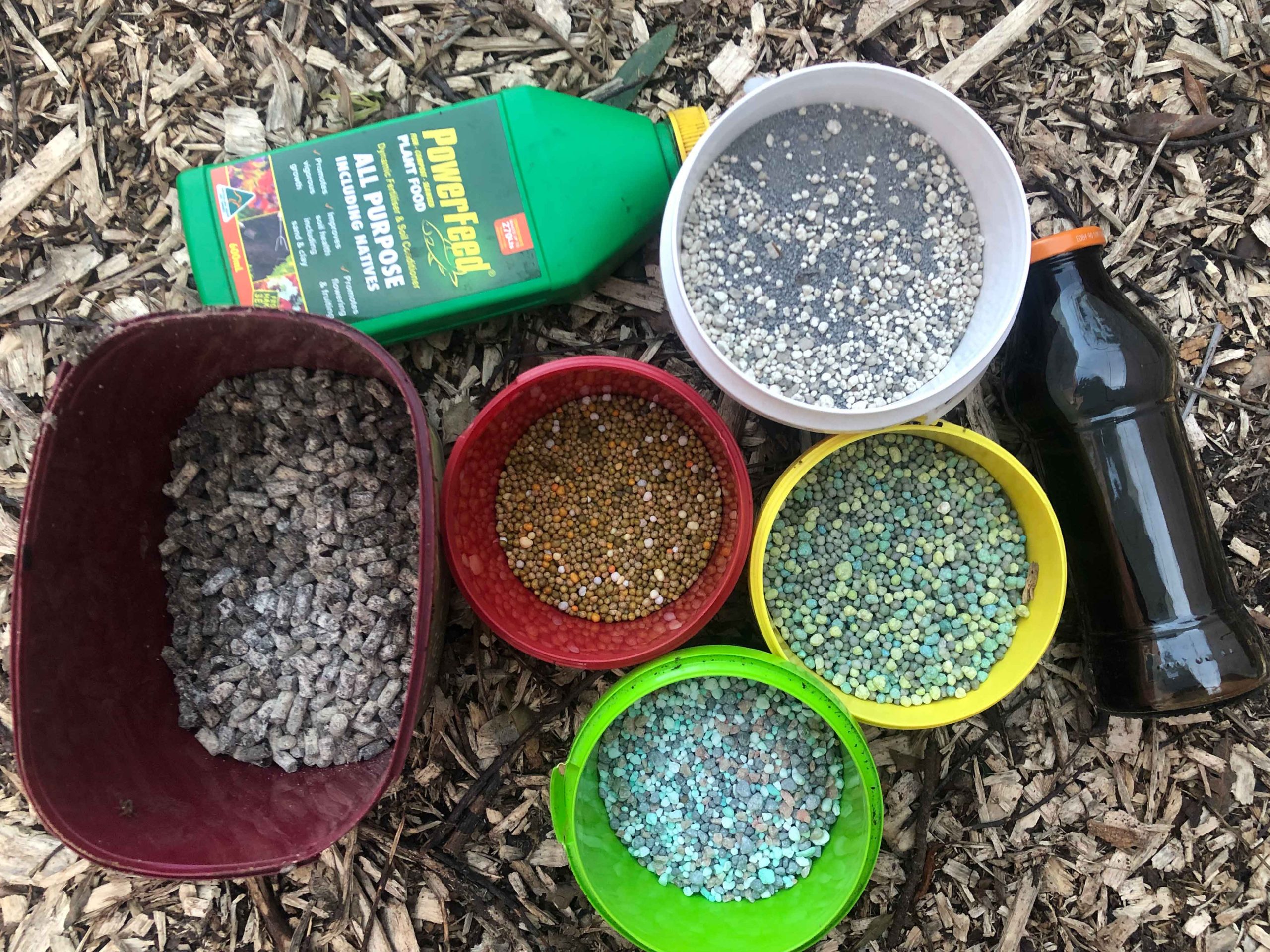 The fundamental difference between organic and inorganic* fertiliser is their source. Organic fertilisers are derived from living things including plants, animals and manures while inorganic are synthetically derived chemicals plus minerals from the earth.

From this point the debate about which is best begins. Those favouring organic say that there are 5 main advantages:

Proponents of inorganic fertilisers, which include many companies producing it and many broad acre farmers, would argue that the major advantages are that they are

Regenerative farmers -12% of Australian farmers – however would argue that what makes their farms viable is that they do not have to spend money on buying fertilisers. Keeping the soil under a cover crop, as they do, throughout the year also builds biomass in the soil and moisture retention for only the cost of the initial cover crop. Regenerative farmers use a plug technology which involves plugging seedlings into the cover crop so that cover crop roots are always left in while the above ground growth is slashed and pushed back down into the soil mechanically.

Organic growers would argue that inorganic fertiliser while giving plants nutrients does not build soil fertility, biomass or contribute to moisture retention. They would also point to loss of soil through erosion by wind and water when soil is ploughed and bare, the build up of chemical toxicity in the soil from repeated applications, and the long term degradation of soil including reduced microbial activity.

Inorganic growers would say that organic inputs are too inexact as they are not measurable, result in slow growth and require microbial activity to break them down for plant uptake, and are too bulky and expensive to transport for use on large areas.

So what is in these fertilisers? N:P:K or nitrogen, phosphorus and potassium are the 3 macronutrients that all plants need plus a generous dose of micronutrients which are minerals, also known as trace elements. Organic nitrogen is derived mostly from animal manure while inorganic comes mostly from petroleum. Organic phosphorus is derived from mineral sources such as rock dust, colloidal phosphate or bone or fish meal while inorganic is from rock phosphate treated with sulphuric acid which then converts to other substances and finally to superphosphate or via other processes to triple superphosphate. Organic potassium (potash) is derived from wood ash, kelp, greensand (ancient seabeds) and compost, while inorganic potassium is derived from potash ores such as kainit and sylvanite. Inorganic NPK fertiliser usually includes sulphur also, while organic has a wide range of other nutrients.

Manufacturers often like to have it both ways – or both markets you might say i.e.organic and inorganic – so don’t be taken in by a fertiliser that has ‘organic’ incorporated into its name e.g. ‘prorganics’, (a name I have made up), as this is to mislead. The packaging needs to state that an organic product is a ‘Certified Organic Product’. There will always be some organic matter in an inorganic fertiliser (the minerals) but this does not make it organic. Strangely, it does not seem to work the other way: I’ve not seen an organic product presented as an inorganic one.

* Some people dispute the use of the term ‘inorganic’ as some ingredients in an inorganic fertiliser may be naturally occurring. I think this is splitting hairs as what matters is how that substance is treated in the manufacturing process and the effect on plant growth and subsequent soil fertility.