The magnificence of dragonflies 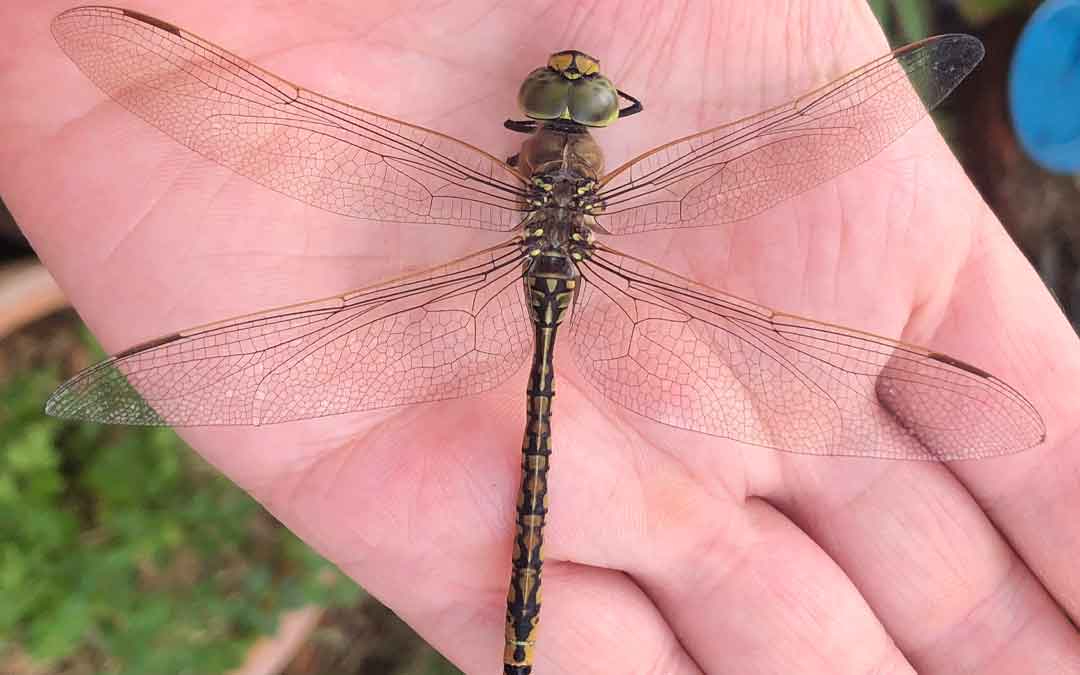 Across our north-eastern Melbourne suburbs, dragonflies (and their cousins damselflies) are relatively common. They are found right across Australia and all around the world. There are hundreds of species in Australia alone and it’s estimated there are about 5,000 species around the world.

Dragonflies are cold-blooded, so like reptiles, they are seen once the weather warms up. We are in peak season now.

You’ll usually find them in areas where there is fresh water, which is where they lay their eggs. Most people probably don’t realise that dragonflies undergo metamorphosis. They hatch as larvae in water and eat insects, other larvae and worms in the water. They can even eat small fish.

The larvae pull themselves up out of the water and the insect pushes out of the larvae’s exoskeleton. Unlike butterflies they don’t form a cocoon. The dragonfly emerges and its four wings harden very quickly enabling it to fly and to eat.

The only food dragonflies eat is insects it catches while flying with it’s six legs. To catch its prey (lots of smaller insects including mosquitoes) dragonflies have supreme flying abilities. They can hover, as well as fly straight up, down and backwards. They can even mate mid-air. They also have very large eyes and excellent eyesight for spotting and catching its food.

Some species are magnificently coloured, particularly the mature males who use the colour to attract a mate.

Ancestors of dragonflies were one of the first winged insects to emerge. Fossils of prehistoric dragonflies called Meganeuropsis are thought to be about 300 million years old. While modern-day dragonflies are much smaller – the largest insect fossil to have ever been found, showing they had a wingspan of 70-75cm. 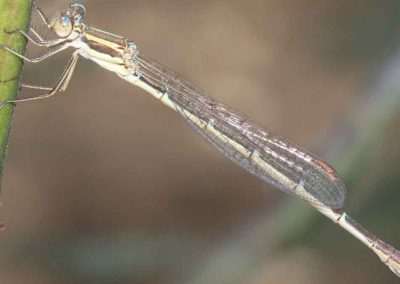 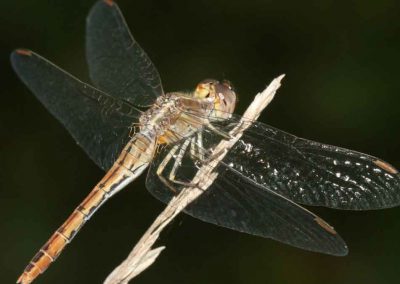 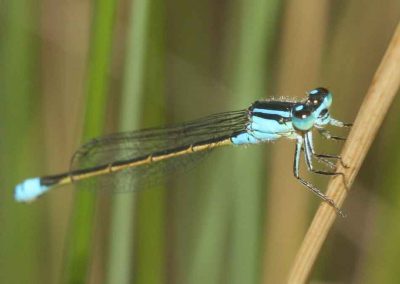 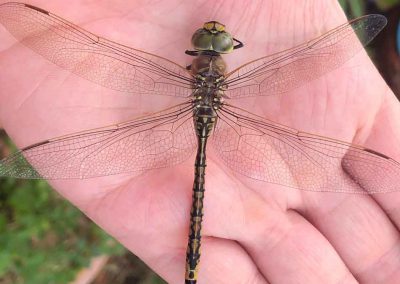 Special thanks to Adam Edmond who owns the copyright of the Slender Ringtail Dragonfly, the Wandering Percher Dragonfly and the Common Bluetail Dragonfly images used in this story. All photos were taken along the Merri Creek in Melbourne’s northern suburbs and are used under CC BY-NC via iNaturalist.