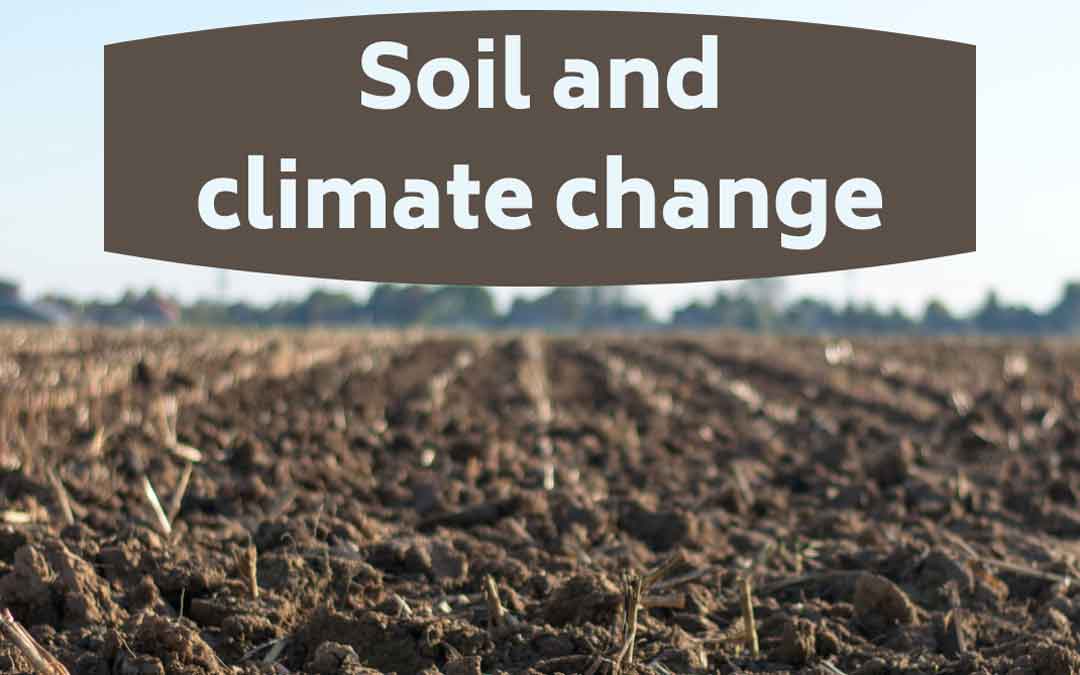 Emissions of carbon dioxide from agriculture constitute around 20% of Australia’s total CO2 emissions. Cow farts get a lot of publicity, but the real concern is in the degradation of our soil.

Soil underpins the productive wealth of Australian agriculture. We rely on soil to grow our food and vegies, provide fibres for our clothing, wood for housing and for our ecological health.

Yet our soil is rapidly becoming more and more degraded. Late last year, Melbourne woke up to millions of tons of red Mallee soil coating our streets, gardens and cars. While inconvenient to again wash our cars, it was unfortunately another of a series of catastrophic losses of precious topsoil.

How does land become so degraded that it blows away? Soil blows away when it has no structure, no organic matter and no life. In this state soil is also not very productive and needs significant chemical inputs to produce crops.

Conventional agricultural and farming practices destroy the structure of soil, releasing stored carbon. Ploughing, pesticides, fungicides, monocultures, and the practice of leaving the soil bare, kills the life in the soil and turns it into dirt. Dirt cannot absorb and hold water and blows away in wind storms or gets washed away in floods.

What does this have to do with climate change? While we know there is too much carbon in the atmosphere, we may not realise there is not enough carbon in the soil. Carbon in the soil is a good thing. Carbon is stored in humus (organic matter) and soil abundant with humus is rich with minerals and nutrients and importantly life, bacteria, worms, protozoa and fungi. Soil carbon is the single most important performance indicator on a farm. Low levels of carbon in the soil mean the soil will have poor structure, low productivity and will need many chemical inputs.

The soil in Australia used to be very productive, rich in humus and life. In 1841 explorer Strzlecki travelled from NSW to Vic, measuring soil carbon along the way. Soil carbon was measured at 6-8% (and often more) down to a depth of 30cm. The soil was described as “light and spongy”. Now our soils are degraded to the extent they contain 1% or less soil carbon.

Importantly, soils with high levels of carbon hold water and lots of it. Each additional 1% increase in soil carbon per hectare (down to 30cm) can result in an additional 168,000 litres of water being stored in the soil. Healthy soil with lots of organic matter increases a farmer’s resilience to drought. (For home gardeners, this translates to a square meter of soil storing an extra 16.8 litres of water – nearly 2 buckets).

An increasingly large group of farmers are adopting different farming practices with an end goal of looking after their soil. Categorised under the general framework of regenerative agriculture, they focus on building the biological health of the soil, and follow the principles of reducing or eliminating chemical use, rather than tilling the land, always ensuring the land is covered and protected, and increasing the diversity of cover crops and incorporating animals. By reducing the need for expensive inputs and building resilience in the soil farmers are better able to survive environmental challenges, including drought.

Next month we will have the second part of Bev’s article, focusing on the impact of regenerative farming techniques on improving soil.

Bev holds a Masters in Environmental Studies and is Secretary of the Healthy Soils Association and a former EPA environmental programs manager. Bev is a member of Sustainable Macleod and recently presented the workshop: Dirt and Climate Change.